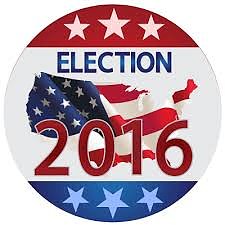 Before the shock election of Donald Trump as the 45th president of the United States St Columba’ s College held its own mock election on Tuesday the 8th of November. In stark contrast to the actual presidential election the school voted in favour of Hillary Clinton to take residence in the White House. She got 67% of the vote. The controversial businessman, Donald Trump, received 29% of the vote.

Given that the school’s population is much smaller than that of the United States, we opted for a ‘one man, one vote’ or first past the post electoral system, rather than the Electoral College system used in the United States. This obviously had a major impact on the outcome. Another key factor in people’s decisions were the two candidates speeches in school assembly. Fifth formers Joseph Gernon and Tiernan Mullane explained Clinton’s and Trump’s policies to the whole school.

I enjoyed taking part in this mock election because the whole school community has taken a keen interest in this Presidential Election and it was an interesting insight into what people in the school thought of each candidate. There have been many animated political discussions since! Many thanks for Ms Duggan for organising.