You are here: Home1 / Academic Structure 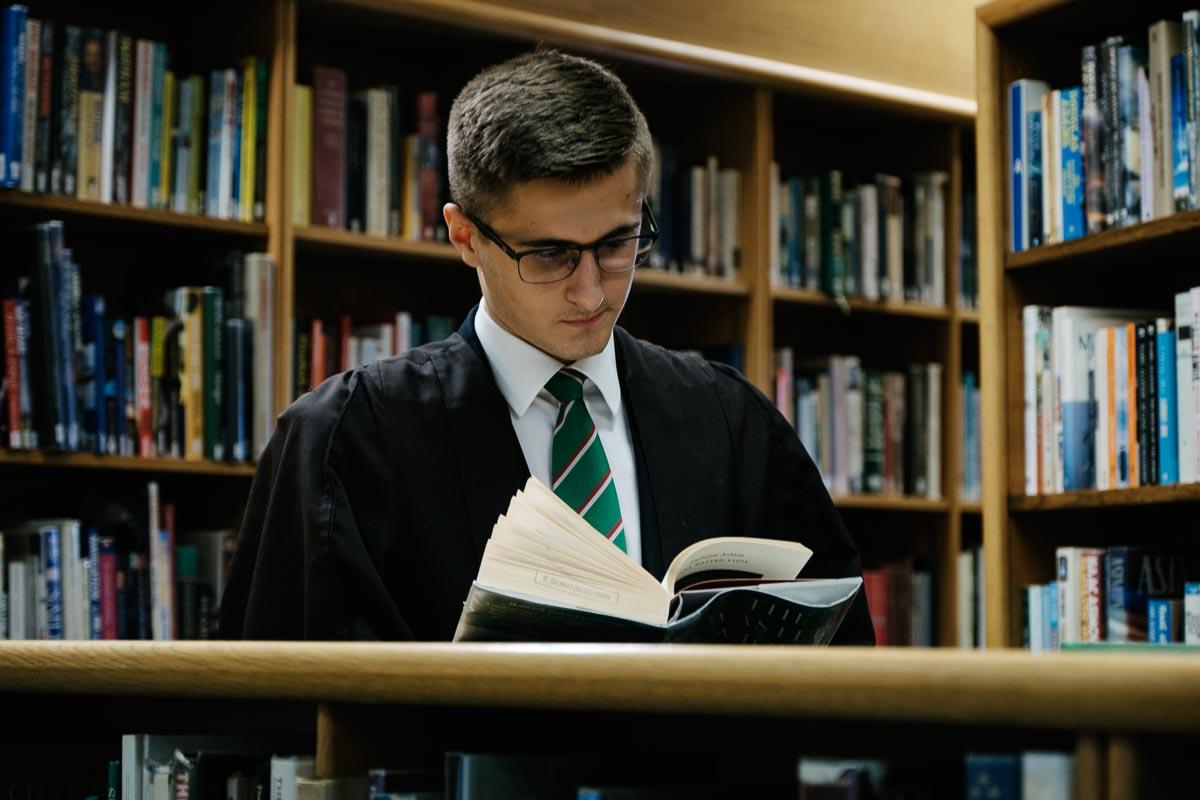 Explore our academic structure at St. Columba’s, our curriculum and range of academic subjects on offer.

St. Columba’s College takes justified pride in its academic standards and achievements. Since its foundation in 1843, the College has sought to inspire in its pupils a love of learning and a scholarliness to match that of its titular saint, Columba. Now, in its third century as an institution of study, the College enjoys a reputation for academic results which are among the very best in Ireland and the British Isles generally.

The curriculum is determined by the NCCA with pupils preparing for their Junior Cycle exams in Form III and their Leaving Certificate in Form VI. More information on the subjects available in these programmes are found below.

Contact with parents is maintained by a variety of means, both written and verbal. Regular meetings with parents take place during the year when all subject teachers discuss pupils’ individual progress with parents. From time to time, such meetings are also arranged on an ad hoc basis. In addition to this, detailed reports are written by teachers for every subject up to three times each year, at the end of term examinations. Finally, pupils are given effort grades in every subject approximately every three weeks in term, and details of these are sent electronically to parents at the end of each term. By these means, the College is able to monitor closely the progress of all its pupils and to intervene positively where results are not commensurate with an individual’s ability.

St. Columba’s is proud of its academic achievements and is committed to the continued pursuit of excellence for all its pupils in the years to come.

Crucial to our achievements in the academic field are our teachers. Dedicated and devoted, our teachers are subject specialists with impressive qualifications and many years of experience teaching to the highest standards. Unstinting in their willingness to give time to their pupils on an individual as well as a collective basis, they work long hours to ensure that our pupils are stimulated and challenged by their lessons during the day and studies in the evenings and at weekends.

Significantly, especially in a boarding school, more than half of our teaching staff are resident in the school grounds. This allows them to work with their charges outside the classroom as well as in it, and it also adds significantly to our sense of a scholarly community working together for the common good.

Facilities for study at St. Columba’s are second to none. Almost all teachers have dedicated classrooms internet connection and digital projectors. There is a campus-wide computer network which is wireless and supported in part by cabling. All pupils have desks in their dormitories and the College Library is, we believe, unsurpassed anywhere in Ireland both as a place to work and a learning resource. It is open daily from 8.45am until 10.00pm. Each evening, sixth form pupils take their prep in this beautiful and spacious location. There are around 11,000 books on display and the College enjoys and promotes a strong reading culture among the pupil body. There is a full-time qualified Librarian.

The College benefits from the smallest class sizes of any secondary school in Ireland. In Forms I, II & III, we average 14 pupils per class and in Forms IV, V & VI, the average is around 12. Our pupil / teacher ratio is an enviable 8:1, thus reinforcing our desire to give individual attention to all.

The curriculum for each subject is set down by the Department of Education and is administered by each academic department as outlined in their department submission.

There are three forms in the junior school: Form I, Form II, and Form III. Form IV (the Transition Year), Form V and Form VI make up the senior school.

Our main point of entry from Irish Primary Schools. Similar to Form Primary, pupils sit an assessment in English and Maths in October prior to the year of entry. Subjects covered in Form I are: English, Maths, French or Spanish, Irish (unless exempt), History, Geography, Science, Computer Studies, Art, Music, RE, SPHE, PE. Remedial English and Maths are taught to those exempt from Irish on grounds of a learning difficulty

The normal point of entry for boys and girls who have sat the Common Entrance examination in Preparatory schools for admission to senior schools. Subjects covered in Form II: English, Maths, French or Spanish, Irish (unless exempt), History, Geography, Science, Computer Studies, SPHE, RE, Civic, Social and Political Education (CSPE), PE plus a choice of Art/Music and Classical Studies/Technical Graphics. Remedial English and Maths are taught to those exempt from Irish on grounds of a learning difficulty.

This is the year in which all pupils sit the Junior Certificate in a range of subjects at Higher or Ordinary level. The following subjects are timetabled (some are optional):

English, Maths, French or Spanish, Irish (unless exempt), History, Geography, Science, SPHE, RE, CSPE, plus a choice of Art/Music and Classical Studies/Technical Graphics.

Transition year in St Columba’s College is compulsory. The year involves a balanced approach to academic and extracurricular activity and our programme is designed to allow our pupils to mature in a safe and challenging environment.

Our TY programme is strenuously academic as we believe this is the best way to prepare our pupils for their Leaving Certificate courses.

In tandem with proper academic work pupils participate in a wide range of extracurricular activities. Work experience programmes are undertaken during holiday periods while during term pupils attend career-oriented courses such as the RCSI Mini-Med programme and the Law Library course.

There are ample opportunities for pupils to present their thoughts and work in front of a public audience at events such as TY Debates, House Speeches, TY Modern Languages Evening, TY Academic Prize and many others.

Our Columban Award Scheme challenges pupils to complete physical and charitable tasks and so gain a CAS certificate. The Spirit of Transition Year cup is awarded to the pupil who best exemplifies that spirit.

The year finishes with an outdoor adventure trip to Achill Island and then a five-day drama project with a professional drama group, Actiontrack, during which pupils write, rehearse, design, choreograph and perform an original piece of theatre.

In these two final years, pupils study for the Leaving Certificate, the national examination which is taken in June of the Sixth Form. The Leaving Certificate is more broadly-based than its British equivalent, ‘A’ levels, but shares much with Scottish ‘Highers’. It has achieved a high international reputation in recent years. Most pupils study seven subjects, which can include both arts and sciences, and can be taken either at Higher or Ordinary level.

Pupils also have one period of RE and SPHE a week and, depending on their main subject choices, may select one of the following to study for two periods per week: Advanced Maths, Agricultural Science, LCVP,  History of Art, Computer Studies, Geology, PE, Recreational Art.

If applying for Irish third-level Colleges, six of the examined subjects above count towards ‘points’ in the national system run by the Central Applications Office. Places in Colleges and Universities are allocated centrally, successful applicants being those who achieve or exceed the relevant ‘points’ tariff for a particular course.

If applying for UK third-level Colleges, pupils enter the UCAS system. Both our Guidance Counsellor and Senior Tutor help all Form VI pupils to complete their forms, aided by a specially appointed individual academic tutor. It is worth pointing out that a majority of Columbans choose to send applications through both systems and make their final choice after they receive their Leaving Certificate results. Using two systems does, of course, provide a very broad range of opportunities.

Pupils who leave St. Columba’s go to a wide spectrum of third-level institutions across Ireland, Britain and further afield.