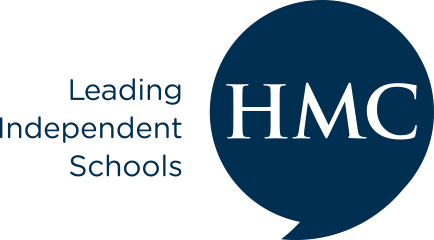 Last week I was at the annual conference of HMC, the Headmasters’ and Headmistresses’ Conference, attended by the heads of all the top private schools in the UK and many from elsewhere too. UK schools are dominated by the necessity to ‘perform’ in the league tables and the pursuit of those higher places, based entirely on public exam results. While here at St. Columba’s we get frustrated by the league tables being based on entry to Irish universities, it is at least a relief not to be in thrall to the exam tables. Here are some thoughts on diversity and intelligence and league tables, perhaps more relevant to the UK than Ireland:

Diversity is the latest buzzword. Schools are keen to use it in their vision statements and make it clear that their doors are open for everyone, whatever their gender, race, religion or orientation. And that of course is entirely right and proper, because young people are diverse. Schools are much more accepting places than they used to be. Can you imagine nowadays a school refusing to allow a child into the senior school just because they are black? Or telling a Muslim pupil that they cannot continue with their chosen subjects half way through the course because they are Muslim? It simply wouldn’t happen and we would be horrified if it did.

I presume we all agree on that. All schools agree with that don’t they?

Well yes, unless of course the child in question isn’t quite so academic and might affect that school’s exam performance and league table position. Then schools that like to tell us how diverse they are decide that they only believe in diversity when the pupils concerned are intelligent.

When a weaker child slips through the net (oh, those troublesome siblings) there are schools that bar them from certain subjects or from continuing with a subject without an A pass, or create excessively high tariffs for entry into the upper school that were invented after the pupil enrolled; that enter them as private candidates so as not to damage the school exam performance…they can sit in the same exam hall but they will essentially be external candidates; that create fictitious new schools through which to enter weaker candidates (yes, really), and therefore their results don’t count in the real school’s results.

In other words schools believe very strongly in diversity until it affects their results, because diversity of intelligence is really very inconvenient. Diversity is great when they all have an IQ of 150 but woe betide the less academic pupils who might not get a string of top grades and places at one of the best universities. Let’s block them, kick them out or make them feel like they don’t belong by not allowing them to represent the school.

I am not really talking about selection of pupils entering a school…of course every school wants to have the brighter pupils coming to the school (UK private schools can be selective as they are not government funded at all) and it would be disingenuous to pretend otherwise. What I am saying is that once a child is in a school, he or she should not be humiliated by being made to feel stupid or unwanted. Is that a lot to ask?

Perhaps I am deliberately being provocative, but I do think that exam league tables, while they may have driven up standards in some respects, indirectly have a lot to answer for in creating mental health issues among young people…and many schools are unfortunately complicit.