We use the word resilience a lot more now than we used, perhaps because we see less of it in young people. To put on my Latin teacher’s hat, the word comes from the verb resilio, which is a compound of salio, meaning ‘I jump.’ So resilience, literally, is the property of someone or something to jump or bounce back to its original state. You suffer a setback and you need to bounce back, you respond to failure by learning a lesson, in the hope that maybe you can avoid the failure the next time. It’s obvious really…and of course each time you bounce back and learn a lesson you are a little bit stronger for the experience.

To learn resilience in life you need to be allowed to fail, which is a problem for some educational policy makers who would rather ensure that no one fails, in case their self-esteem suffers and they are deflated. Hence those politically correct school sports days on which there are no winners and losers. I remember one year in the UK when the pass mark for a C at GCSE Maths was 15%. But if you are never allowed to fail, to come second, to fall over, to get a low mark, then you can never learn resilience. I don’t believe that young people nowadays are snowflakes, as some would have it, but I do believe that they are sometimes deprived of the chance of learning from failure and that is not their fault. If they have not learned to fail from an early age, then the first time it happens – as happen it must in the big world – their self-esteem takes a hammering and it can take a long time to pick up the pieces.

We learn resilience from a very young age. Toddlers fall over and get up again and it would be odd if parents refused to allow their children to walk just in case they fell over and got discouraged. Schools are no different and need to provide opportunities for failure rather than remove them. We get better at Maths by getting the question wrong and being told how to do it correctly. If we persevere we will get it right and then we can go on to the next question. If we are told that the wrong answer we have come up with is actually right, or close enough, then we don’t need to strive to be better. We need resilience in every single aspect of life: in our academic work, in our relationships, in our search for a job, in our sport, in learning an instrument, even in personal sadness and disappointment. Those last two are part of life, whether we like it or not, and we deal with those major setbacks much better if we have had experience of dealing with minor setbacks along the way.

Some schools have even put resilience lessons on the timetable, which sounds to me like a scandalous misuse of teaching time, as if resilience is an academic subject which can be learned outside of the rough and tumble of life and without anyone’s feelings being hurt. You cannot remove opportunities to fail from the everyday life of a school and then try and reintroduce them in theory in the classroom. Some children have to be in the first team and everyone should experience the frustration of being dropped…it feels like the end of the world, but actually it isn’t. Some children will get lower marks than others because that is what happens when pupils are gifted in different ways. Some can turn a cartwheel, others can run fast. Please don’t patronise children by removing their chance to fail or their chance to shine. In the grown up world you won’t get the first job for which you apply, you will get passed over for a promotion, you will make a poor decision in a relationship or at work, you will not be able to benchpress 100 kgs first time and you will at some point turn up to a function in totally the wrong outfit. You will be better for it and you will make sure you check the invitation better the next time. 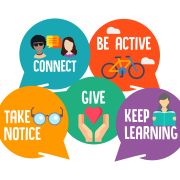 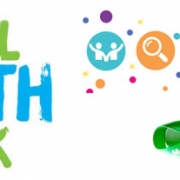 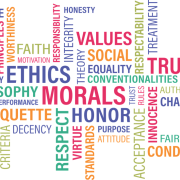 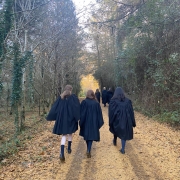