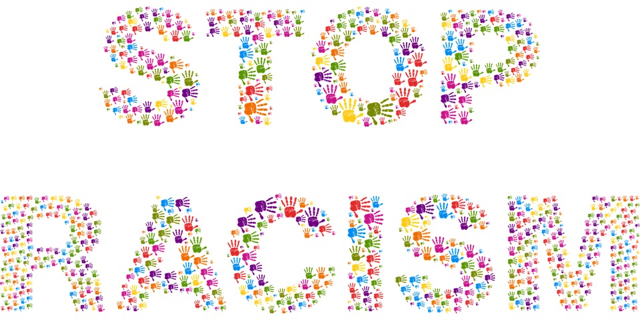 The Warden’s latest thoughts, on racism and diversity:

It is very worrying that in the last year or two we have seen a rise in racist attitudes around Europe and in the USA. It is staggering that once again premier league footballers are being subject to racist chants and having bananas thrown at them. This kind of behaviour is redolent of the dark days of hooliganism in the 1970’s, but I guess it reflects a rise in nationalism in many countries, aided and abetted by the increase in migration and the toxic rhetoric of Brexit. When things are not going well the solution is easy: blame migrants and foreigners, or at least people who look different from the majority.

Today there were two news stories that illustrate my point. Firstly the non-white players of the Boston Red Sox, who recently won the Baseball World Series, are refusing to go to the traditional reception at the White House, because they think that the President is a racist. The last couple of years in the USA have, of course, seen the rise of players ‘taking a knee’ during the national anthem, in protest at what they see as a failure to root out racism in the police. It does not help when the President refuses to condemn far-right racist groups. The other incident today was the sacking of Danny Baker from the BBC after he tweeted a picture of the Duke and Duchess of Sussex with their new baby, who had been substituted for a chimpanzee! Yes, really! And he claimed it was just a silly error of judgment and that it was absurd to sack him. Having worked for four years in an all black school in South Africa, in a rural environment where there were many with ‘old-fashioned’ attitudes, I am more sensitive than most to anything that smacks of racism. Actually my closest encounter with racism was when I played a season of cricket in Australia and was stunned by the way that the locals spoke about the indigenous people of the country and also by the abuse that was hurled at the English players of West Indian origin.

Racism comes from ignorance, from not knowing the culture and context of the other person and not being prepared to find out by actually getting to know people outside one’s own ethnic group or social circle. I often say to parents who are contemplating boarding that there is no better preparation for life in the real world than living in a boarding house full of people who are different from oneself. A boarding house is a melting pot, in which young people learn to appreciate each other, those who have totally different interests, often those whom one might not naturally like! In work we all have to work with people who are different and who approach things in their own way, and that is not easy. However, we do it, like it nor not, and in doing so we learn to appreciate the strengths and weaknesses of those others. I don’t know how many nationalities are represented at St. Columba’s, but our racial diversity is a strength. I would be devastated if any person of a different colour or culture did not feel fully accepted and cherished in the school. However, in a world in which tolerance is a rare commodity, we cannot take it for granted and we need to keep our antennae sensitive to anything that might creep in and seek to divide.