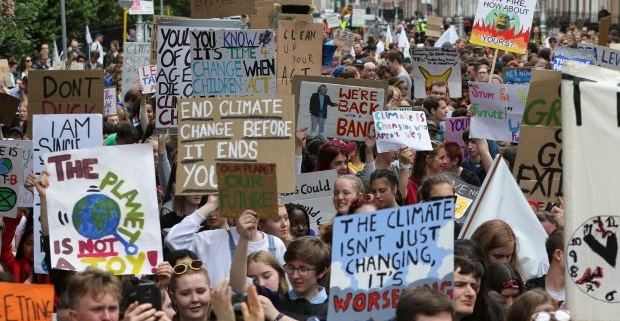 This weekend was an important one, in the St. Columba’s Debating Calendar. Two houses, Glen and Iona came together in the House Debates Final. Tensions were high as boys’ house Glen -previously on 189 points- competed against girls’ house Iona who were twice winners of the previous rounds and on 181 points. The motion before the house was that “this house believes that, in the current era of climate change, non-violent direct action is vital”. While it was a wordy motion, adjudicators Mr Brett and Mr Canning felt that all speakers engaged in a high standard of debate. In the end, Iona were deemed House Debates Champions, “on the basis of their passion for what they argued”. Amy Cosgrove, Head of House for Iona, was awarded best speaker on the night.

Speakers on both sides included Ben Upton, Thady McKeever and Phillip Sheckleton for Glen and Amy Cosgrove, Sinead Cleary and Megan Bulbulia for Iona. A special thanks to Dmytro Kasienenko for his excellent chairing of the debate and Shannon Dent who acted as time-keeper. Third formers Amelia McKeever and Nina O’Flynn kindly set up the BSR and helped Ms Morley to coordinate the rooms.

In other debating news, Saturday was also the evening of the last round of Junior Debates. In a most engaging manner, pupils debated the motion that “this house this house believes that, in order to be allowed to vote, citizens must pass a mandatory test on politics, general knowledge and current affairs”. Points of clash included the question of inclusion, good decision making and the extent to which such a move would promote the kind of equality upon which democracies are built. Mr Swift, adjudicator for the evening, commended all speakers for their efforts, but particularly those who spoke with clarity and conviction.Winner on the night was first former Shannon Walker-Kinsella who first made her debut as winner of the second round of Junior Debates. The motion was successfully opposed. Christopher Atkins was awarded ‘best point of information from the floor’.

Best luck to Gioia Von Doenhoff, Elise Williams, Sinead Cleary and Aiyuni O’Grady who will represent the college in the second round of the UCD Leinster Senior Debates on Tuesday 21 January. 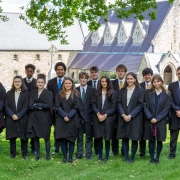