The College community sends its best wishes and congratulations to the former Sub-Warden, Housemaster of Stackallan and Geography teacher Mr Norman Lush, on his 100th birthday today. He celebrates this event at home in Somerset together with his wife Joyce, and the rest of his family, including his Old Columban children Nicola, Colin and Tessa.

Norman had a long and distinguished career at the College, retiring in the mid 80s. He and Joyce subsequently moved to England. Several of his former colleagues have sent him a photo book with their own best wishes, and scenes from the school to which he gave so much. 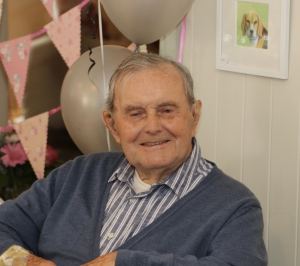