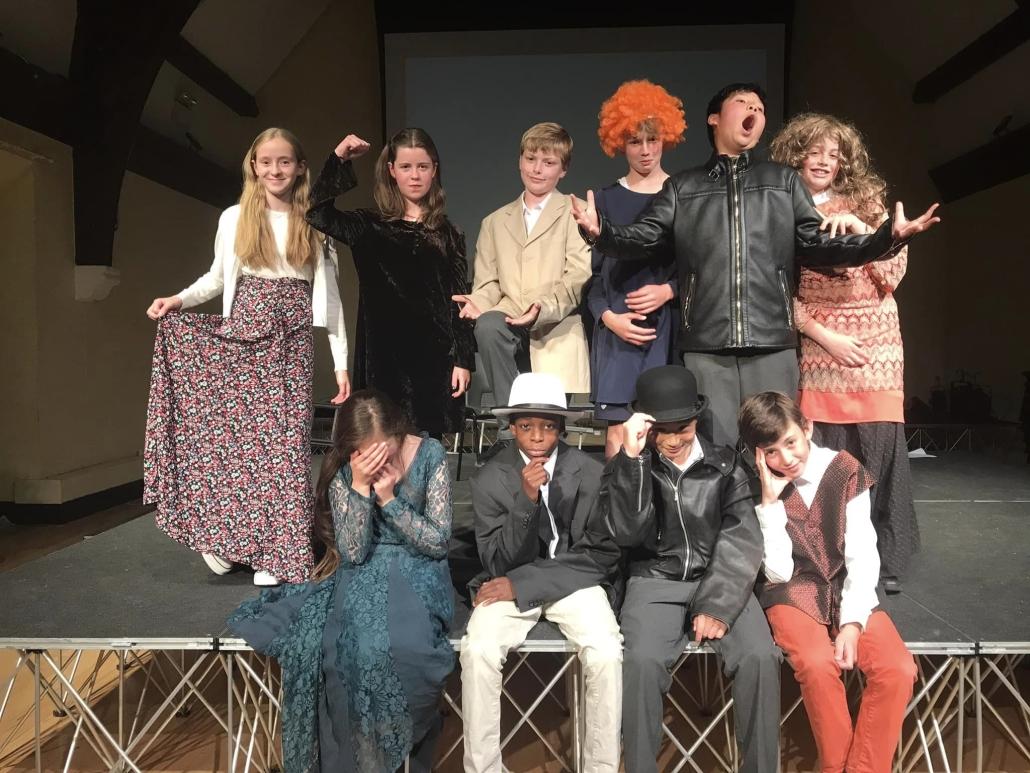 The Form Plays returned to the BSR on the evening of Sunday October 16th in the tried and trusted double-bill format. The Form I play, directed by Mr. McCarthy and Mr Girdham, was Red Hot Cinders, a version (in verse) of the classic Cinderella tale. A cast of ten young thespians elicited gasps and laughter galore, mixed with pathos and tension, aided and abetted by a chorus of booers and hissers. There was magic and malice (fairy godmother and wicked stepmother), no expense was spared in the costume department (ah, the beautiful ugly sisters), and the dance sequences were executed with terpsichorean excellence (prince/fair lady and herald/guest). All was presented by two tip-top leathered comperes. And they all lived happily ever after. Bravo to all!

Form II offered us The Poe Plays, a series of modern adaptations of eerie Edgar Allan Poe stories set in secondary school surroundings. Messrs. Clarke and Swift directed and there was a nice balance between the slightly chilling and the downright hilarious. Scroll down for an album of photos from both performances with thanks to resident photographer Rev. Owen.

Meanwhile, this year’s Senior Play will be performed in the week that we return after half term. Continuing a theme of the seemingly supernatural Noel Coward’s Blithe Spirit will be the first full senior offering since Grease in 2019. There’s a lot to achieve in a short space of time!

As for other future plans, there will be a Junior Play in February with auditions on return after Christmas and before then no doubt some sort of Christmas Entertainment will be cobbled together as an end of term, feelgood send off.