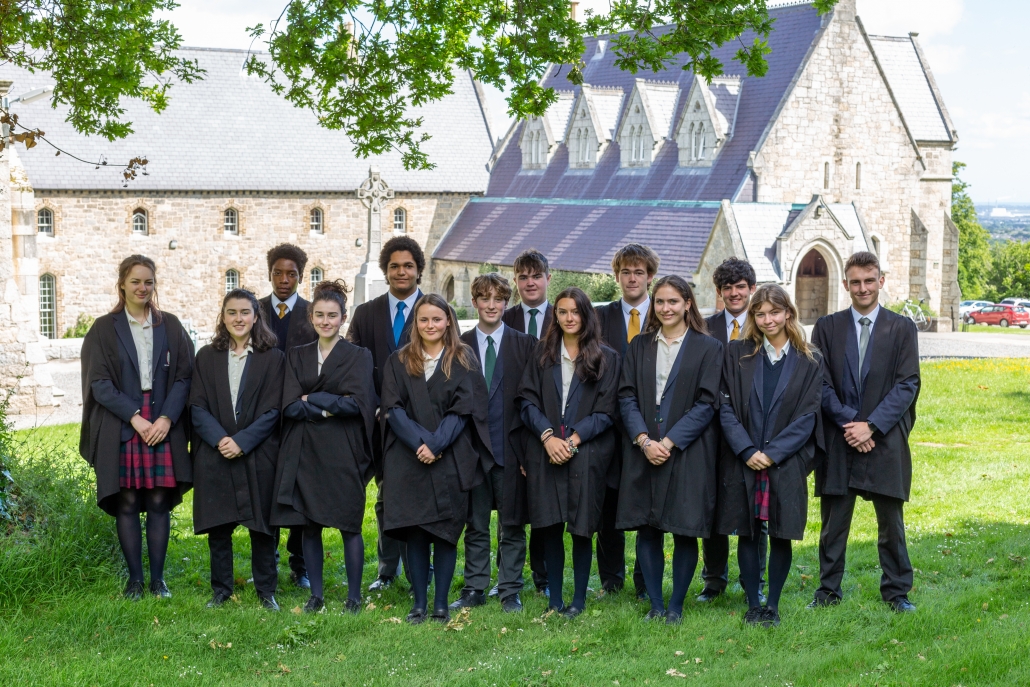 Congratulations to the fifteen Form V pupils who have been appointed as Prefects for the coming school year, to be installed in September:

Congratulations also to Evie and Akin (pictured below) , who will be Senior and Second Prefects respectively. 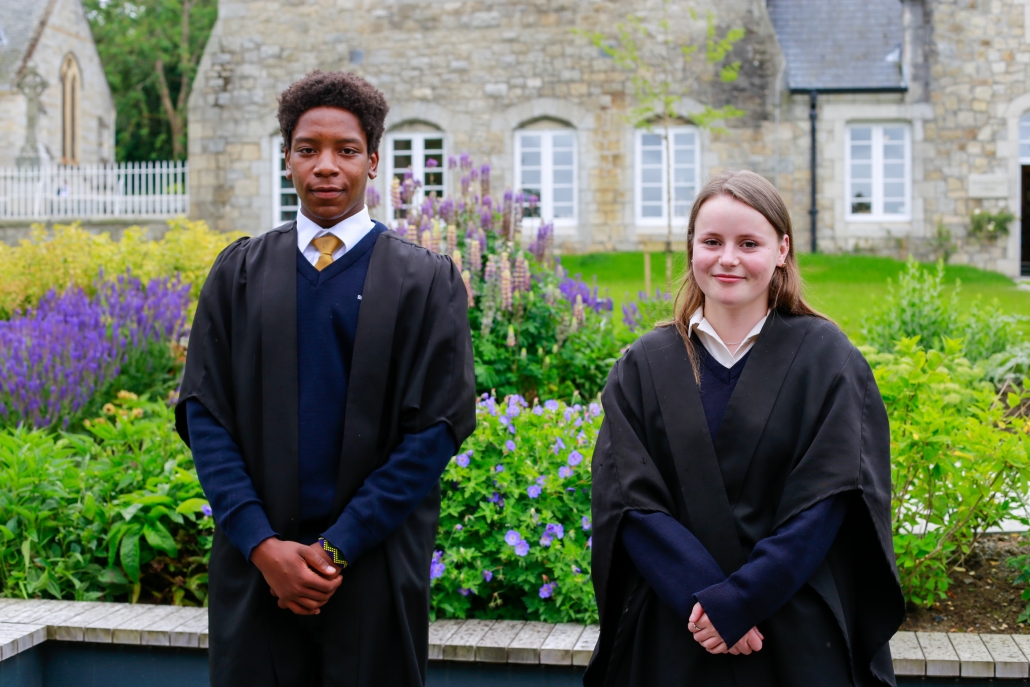 The end of the Hilary Term generally marks the end of the rugby, hockey and basketball season so it is the perfect time to reflect on the season as a whole. The final few weeks are always busy and usually involved some high-stakes knock out games, in all codes.

Firstly, to Basketball. Congratulations to the Minor Girls Basketball team (pictured above) who were crowned South Dublin Basketball League champions after defeating Holy Child Killiney (after double overtime) in the thrilling final of their league on Monday. Raichael Murray scored the winning basket with six seconds remaining in the game while Elizabeth Hart was awarded the MVP for her outstanding performance. The Minor Girls also reached the East Region semifinal lost narrowly to Mt. Anville 16-18. This was the first year, in recent College history, that the Minor Girls we have reached the knock out stages in this competition. The Junior Girls reached the East Region quarterfinals back in February losing to St. Colmcilles. They also missed out on a place in the South Double League with a loss to Sion Hill in early March, despite a great defensive hustle from the dynamic Spanish duo of Laura Casasus and Lucia Garcia. In January, the Senior Girls played their South Dublin Basketball League semifinal against Loreto Dalkey; Kate Maylor, the team captain, led the charge with great passion and spirit but, despite the team’s best efforts, they lost 30-36.

The Senior Rugby squad played a friendly against a touring German team Rugby Klub 03 from Berlin (coached by a former member of staff Graham Dean, photo above) with Peter Keogh scoring a hat-trick. Their season finished on Saturday 23rd with an internal Stayers (4th and 5th form) v Leavers (6th form), it was great to see many boys return to the rugby pitch for the last time at St. Columba’s. The Junior Rugby squad qualified for the quarter-finals of their post-Christmas league, losing in the final minutes against Blackrock J4’s in a nail-biting game. Tibradden have played a regular series of games against Clongowes, St Pauls and De La Salle in recent weeks.

The Senior Boys Hockey team had a largely unsuccessful season in the league but they had an opportunity to get their hands on some silverware in the Senior Trophy. They eased through their quarterfinal against Sutton Park winning 3-0. However, they were then drawn against a strong Wesley College team in the semifinal.  Even though the team put up an excellent fight they were well beaten.  A special mention must go to Georg Mueller-Methling who had an excellent year as captain of the team.The minor team is one to watch for the future!  There are a number of players in this team who have the potential to play on representative teams.  The highlight of their season was reaching their league final which they narrowly lost 2-3 to The Kings Hospital.The u13 team were easily the most improved team. They struggled early on in the league managing only a draw. The second half of the season included an excellent cup run. They reached the semifinal of the cup playing against St Andrew’s College A team. Andrew’s had won the league while we lost to their B team in the same competition. At full time the score was 2-2, a fantastic achievement, but unfortunately, we lost in extra time. Frederik Strantz had a remarkable season playing matches for every age group from u13s all the way to up to the Senior Team. He is one to watch out for in seasons to come!

Over one hundred Girls Hockey matches were played this season, across the Senior (4 teams), Junior (2 teams) and Minor (2 teams) panels.  It was fantastic to see the great progress made both individually and by teams.  The remaining Senior players next season will be complemented by a set of strong Junior players and likewise, the remaining junior players will be bolstered by an enthusiastic and competent set of players from the Minor teams.  The season ended with an Iona vs Hollypark match, in which Iona emerged victorious (3-0, photo from the match above taken by Amy Cosgrove). Much thanks must be given to all the coaching staff for their time, enthusiasm and commitment, but in particular to Mrs Johnson, Ms Harkin and Dr Rice from the academic staff. Well done to the following girls who received an award in recognition of their fine season: