Well done again to our Sailing Team who competed at last weekend’s All Ireland Schools Sailing Event in Sutton. Alas, neither crew finished among the medals but they competed valiantly. After a successful first day, bad luck followed them on the second. One of the boats, crewed by brother Denis and Max Cully, capsized while the other boat, with Katherine Kelly & Jack O’Hora onboard, broke a mast when colliding with one of the safety boats. These unfortunate series of events scuppered their chances but they still managed to finish a respectable 13th out of 18 schools competing.

Sailing is becoming an increasingly popular sport amongst our pupils and hopefully we will see further success for our pupils in the coming years – watch this space! 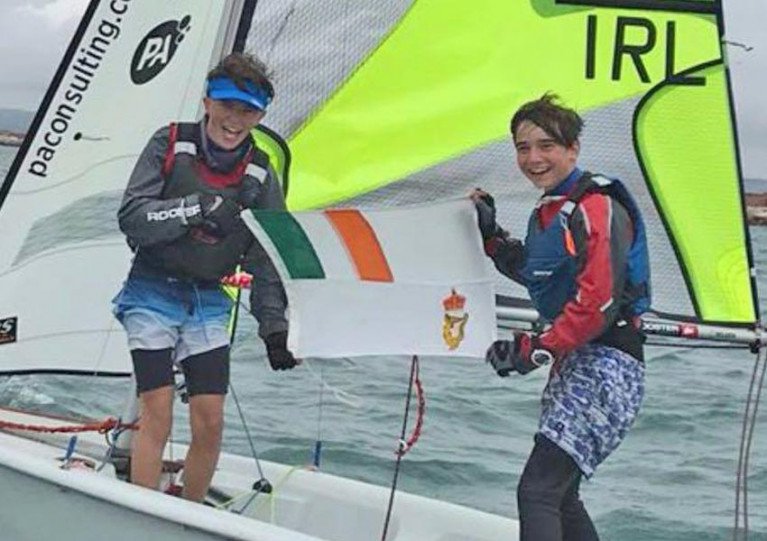 Tom Norwood, on the right, competing for Ireland earlier this summer.