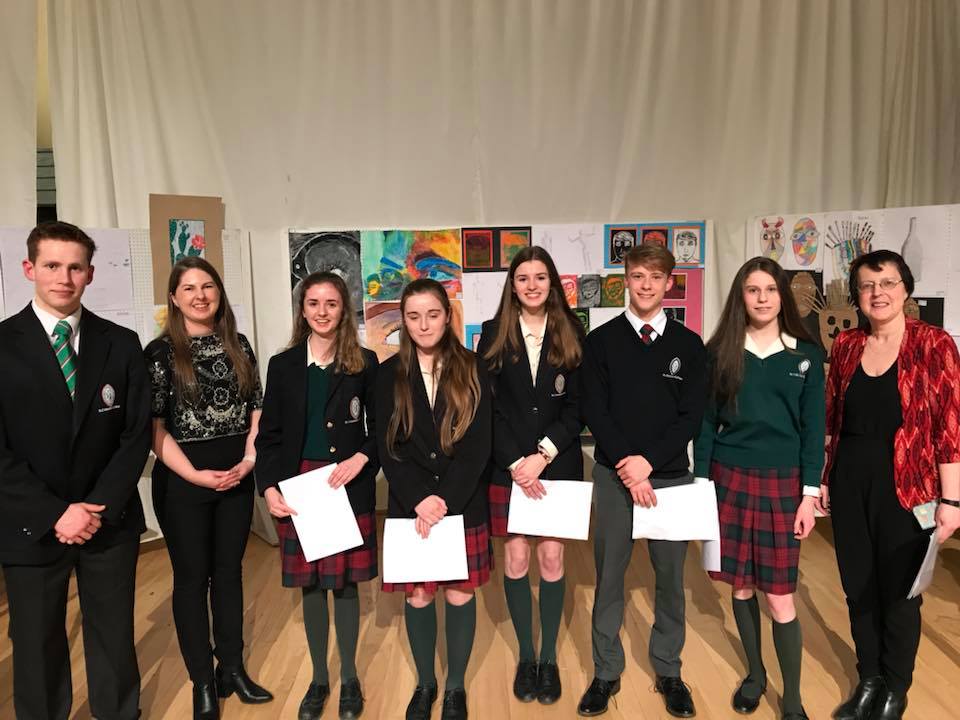 Arts Week finished on a high with three big events – the Poetry Slam final on Friday night, Arts Prize evening with Joy Gerrard on Saturday and on Sunday the Music Prizes with Karen Ní Bhroin.

Jasper Bark did an amazing job of revving up the second and fifth form audience to support their peers in reciting poems which varied from work by William Blake and Edgar Allen Poe to American Gangsta rap to poems that students had written themselves. All winners were decided by popular vote. There were three rounds – one for juniors and two for seniors. Oscar Sternberg won the junior section with a short rap that he had composed himself. In round one of the fifth form competition Grace Goulding won with a beautiful poem that she had written herself about her the relationship between her grandparents as her grandfather struggled with Alzheimers. Round two was won by Isabelle Townsend and Orla Conlon Batey with their brilliant performance of an American Gangsta rap. In the end it was Isabelle and Orla who came out on top as the final winners.

Saturday was another busy day with Thibault Loiez back doing more caricatures of students. All of these are now strung up across the dining hall for everyone to view! William Nathans gave a wonderful portrait drawing masterclass for senior students and parents. Everyone went away having spent a most enjoyable afternoon learning new things. Thanks to Antonia for sitting all afternoon – a few cups of coffee were needed to keep her awake!

Meanwhile Peter Watts and Derarca Cullen spent a frantic morning putting up all the artwork from the year in the BSR ready for Joy Gerrard to come and judge it in the afternoon. Joy exhibited some of her own work this time last year in the RHA in Dublin. In the evening she spoke about her journey as an artist and the work she has done from huge installations in public spaces in the UK to paintings in ink of protest crowd scenes around the world. The winners were then announced of all the various sections and were Jeanne Levesque, Nathalie Verwijs, Mona Lamotte O’Carroll, Emma Hinde and Thea Walsh.

The finale of Arts Week was a superb hour and a half of music. There were solo performances on the piano, violin, harp, clarinet and voice. It was heart warming to see the hours of practice that many had put in to reach such a superb standard. The winners were Nicole Dickerson (voice), André Stokes (violin), Tania Stokes (piano), Alex Lawrence (piano), Charlotte Klingmann (clarinet) and Emily Mc Carthy (voice)) although as Karen said she had a very tough time on selecting her final six.

All in all there was a wonderful buzz to the week with so many different things taking place and in the end it was the students themselves and their participation which made it so special. Below are the vast collection of photos from Arts Week 2018. 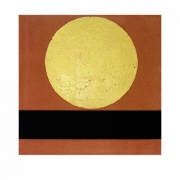 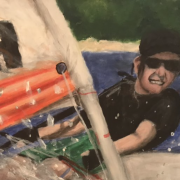 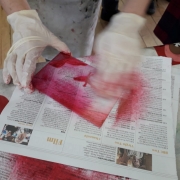 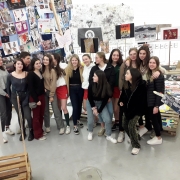 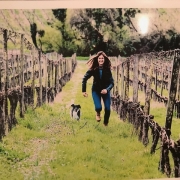 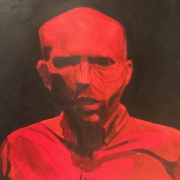 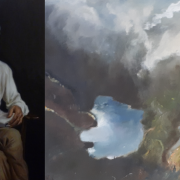