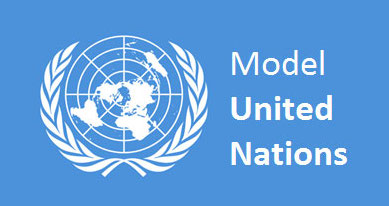 As our team was registering for the Model United Nations, I, honestly speaking, didn’t expect much from it – just another debating competition. But, as it turned out, Model United Nations was one of the best experiences in my humble debating career. It happened at Wesley College on Friday and Saturday the 8thand 9th, about two weeks ago.

In regards to the structure of the debates, it was quite simple. First of all, each debating team was given a country to represent. In our case it was Canada. Secondly, each team member was assigned to a certain committee and was to represent the views of Canada on given topics. For example, I was in the political committee and one of the themes discussed was “Chinese neo-Colonialism in Angola”. Since all delegates in one committee had researched the topics beforehand, the argument for and against the motion was absorbing. Thirdly, each person in the committee had to use certain language structures, as for representing the country as a whole. For instance, we used the pronoun “we” instead of the pronoun “I”, or “delegate” instead of the pronoun “you”.

After committee work was finished, each team participated in the General assembly. In it, we had to debate all the clauses for the unseen resolution, which were written by all teams beforehand. At this stage of the MUN, we had to work as a team on the same problem. Interestingly, at the General Assembly, there was an ability to collaborate with other teams via passing notes from table to table. The note passing was done secretaries, who were walking around the room hastily.

Another thing worth mentioning was the organisation. All the organisation was led by Form VI pupils in Wesley College. They had put in place a lot of work to make that competition possible. It is somewhat like a tradition whereas many pupils as possible from Wesley participate in making the competition happen. They have set up a website, sent out the invitations to schools, decided upon the themes of the debate and even printed out the MUN newspaper. It was very enjoyable to participate and we felt welcomed since the age difference between all the people who participated in it wasn’t that big.

In general, it may initially seem like the UN style of debating is very rigid and disorganized. Although, it is the only known way to keep a respectful debate with many other countries. Nevertheless, even though this competition wasn’t particularly successful for us, in the next one we will know what to do better.

Finally, the big idea behind the competition is just to: have fun, make friends and debate along the way.