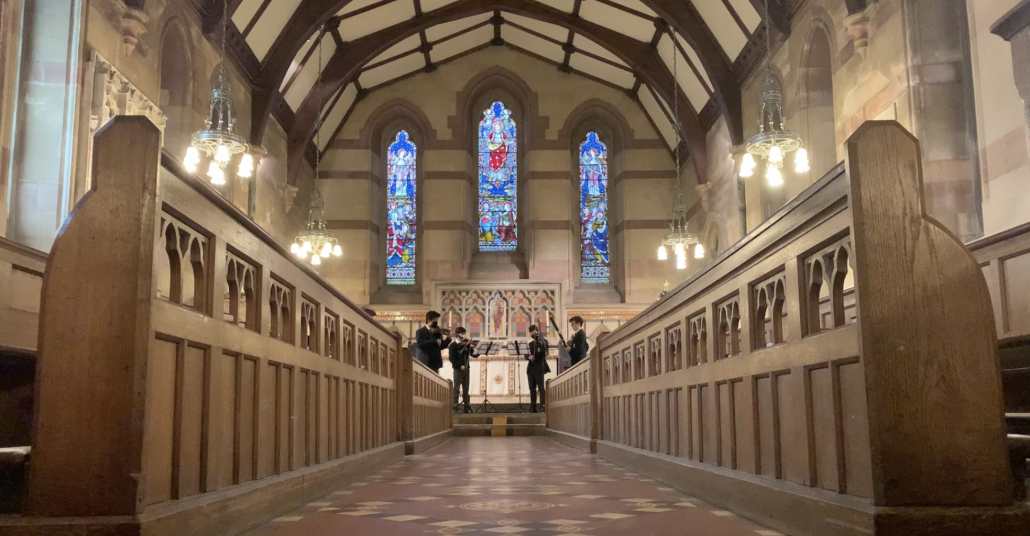 Unfortunately this year we were unable to hold our annual Christmas Carol Service but music is very much alive and well within the College community. Over the past few weeks, the various choirs and musical groups within the community have been practising diligently and we are delighted to present this short film of carols (sung with the appropriate ‘distance’) and lessons.

The Chaplain’s opening blessing is followed by Once in Royal David’s City, sung by the Chapel Choir with an opening solo by Isabel Warnock, Form IV. Felix Jellett, Form I, reads the first of two lessons and this is followed by Sine Nomine singing Ding Dong Merrily on High. Our newly formed quartet perform a beautiful rendition of The Snowman before a choir of staff and pupils sing the German hymn Es ist ein Ros entsprungen. Senior Prefect Éile Ní Chíanáin then reads the second lesson which is followed by a small Transition Year choir performing Infant Lowly, Infant Holy. Emily McCarthy sings a haunting solo performance of the Irish carol Don Oiche Úd i mBeithil before the Chaplain’s final blessing. The video concludes with organist Patrice Keegan playing Bach’s In Dulci Jubilo.

Many thanks to the pupils and staff who helped coordinate the video. We hope you enjoy it and we wish you all a very Merry Christmas.