Yesterday afternoon, two Carol Services took place for the pupils and staff. While there was no congregational singing this year, those in attendance were treated to some wonderful performances from the various College choirs and musicians. A musical ensemble, Joshua Chan, Monty Walsh and Liam Campbell, played two beautiful instrumental pieces to open up the services which were followed by the Chamber Choir performing the haunting Irish carol Suantraí. The Sine Nomine choir sang a beautiful arrangement of the Coventry Carol along with a more traditional rendition of Joy to the World, while the Chapel Choir sang Three Kings. Finally, there was an organ solo (Il Dulci Jubilo) from Harry Powell, Form III.

You can watch the recording of the service below. Merry Christmas!

The College Virtual Choir launch their performance of Bob Marley’s ‘One Love’ tomorrow morning at 11:30am. Be sure to check it out on FireFly here or by watching below (when it goes live).

But what about our current pupils I hear you say? Well, Sine Nomine Competition Choir (pictured above at the recent Wesley Feis) members have been invited by Boston Children’s Chorus to collaborate with it and other choirs in a ‘Virtual Sing’ this weekend. They will sing a piece called “We Are One” by Brian Tate and they, and the College will be acknowledged for this contribution in a video. Incidentally, below are Sine Nomine members Tania Stokes and Josepha Westphalen receiving their 2nd place certificate at the Wesley Feis. 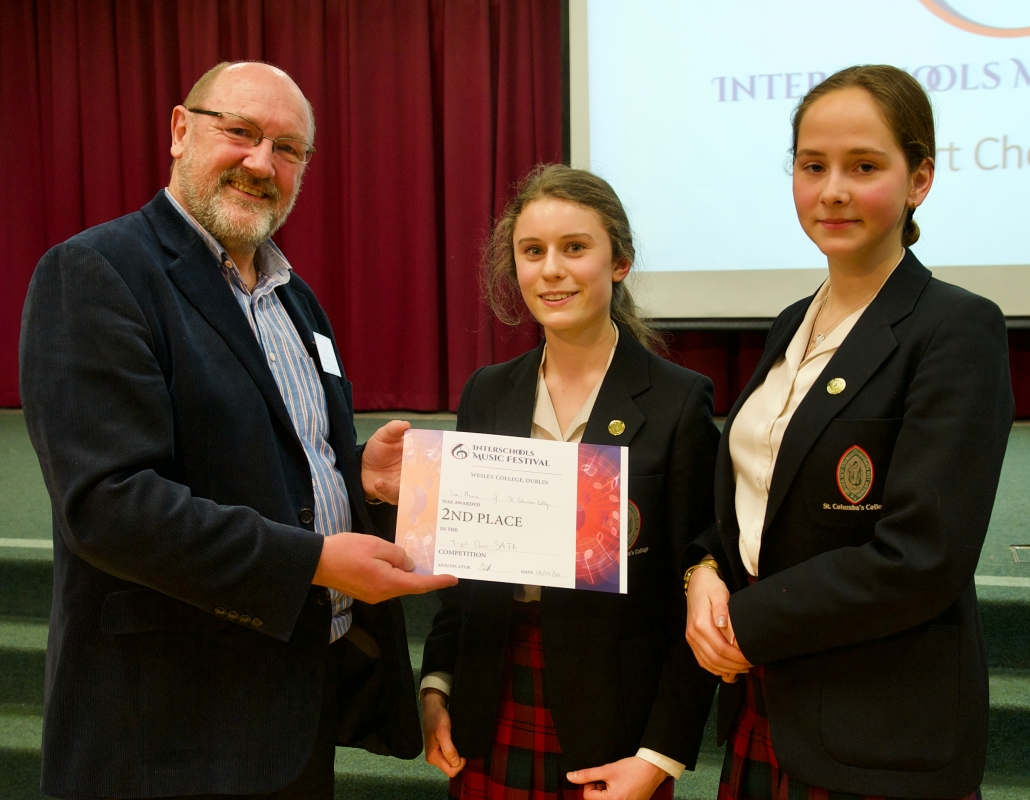 The Wesley Interschools Music Festival took place over the weekend with St. Columba’s pupils competing in a wide range of events, both as soloists and in groups. The big success came on Friday night when the senior chamber choir, Sine Nomine, took home the William J Watson Cup for Best Four-Part Choir. Sakhile Khumalo came second while Songyon Oh was ‘Highly Commended’ in the Popular Song prize. In addition, Oscar Yan, Imogen Casey, André Stokes and Tania Stokes were all awarded ‘Highly Commended’ in their respective competitions.