Throughout this academic year, the College has placed a greater emphasis on developing leadership potential amongst the pupil body, amplifying the ‘pupil voice’ and encouraging independent thinking across all forms. The College has an ambitious aim to develop a world-class leadership development programme in the years to come, beginning with the youngest pupils and moving right up through the school. Building on this early initiative, for the first time the College will present ‘Leadership Awards‘, recognising pupils who have shown leadership throughout the year.  Most of these pupils do not have formal leadership roles within the school but have “stepped-up” when required to help improve the school or shown initiative on an independent project. All of the recipients were nominated by both their fellow pupils and their teachers and over one hundred nominations were submitted.

St. Columba’s College is a small but complex school environment that relies on pupils and teachers working together, through shared values, to be the best school we can be. For the school to be successful and to fully realise its goals and values, strong leadership amongst the staff and pupils is essential.

Leadership can’t be described as a single skill. It comprises multiple sub-skills including communicating, working with others, being personally driven and managing oneself (all identified as key skills in the Junior & Senior Cycle Frameworks). Leaders are also knowledgeable and can apply their knowledge to unseen challenges. Leadership is not about seniority or one’s position within the school – all members of the College community can be and are potential leaders. Neither is it about personality – all kinds of people can be leaders and it is important to stress that leaders are not always the loudest, most charismatic and confident characters; leaders can be quiet, modest and introverted also.

The College is delighted to award the following pupils with a Leadership Award for the academic year 2019 / 2020.

Congratulations to all the above pupils on their awards. We are all hugely proud of their efforts to make the school a better place. One cannot mention leadership without also thanking the cohort of College Prefects, who led the pupil body fantastically this year.

Mr. Jones, the newly appointed Director of Pupil Leadership, announced the recipients of the awards and briefly outlined the rationale for their awards in the Warden’s end of term assembly earlier today. You can see a recording of that assembly on FireFly here. 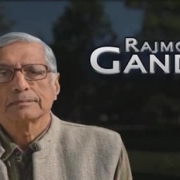 Run til the Sun – A Challenge to Combat Cancer 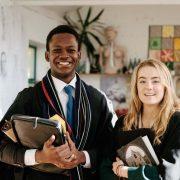