Basketball has always been a popular and successful sport for the College, especially with the girls, but there are probably more pupils playing the sport in the College now than ever before. The Senior Boys recently faced St.Michael’s in the 3rd and 4th place play-off in the EAST Region League. The two teams had met earlier in the league campaign with Michaels winning comfortably. With some well planned defensive adjustments the team put in a hugely passionate and focused effort in the rematch. The game was a tightly fought content with no more that 3-5 points separating the teams throughout the game. We led the game for most of the last quarter with a fine display of defensive rebounding and good shot selection. However, a few tough refereeing calls down the straight and undisciplined fouls gave Michaels the opportunity they needed in the final minute. They hit two free throws with seconds left to win the game 33-32. The loss here meant that team would have to go through a further qualification game to reach the All-Ireland. On Jan 15th they traveled to Heywood School in Portlaoise for another close fought contest. The journey was still in their legs for the first quarter and Heywood took an early lead. Good inside play by Tiernan Mullane and Ryan Gumsheimer helped to close the gap. Defensively the team were solid but missed some easy baskets down the line with Heywood taking the prized place by the narrow margin of 6 points. 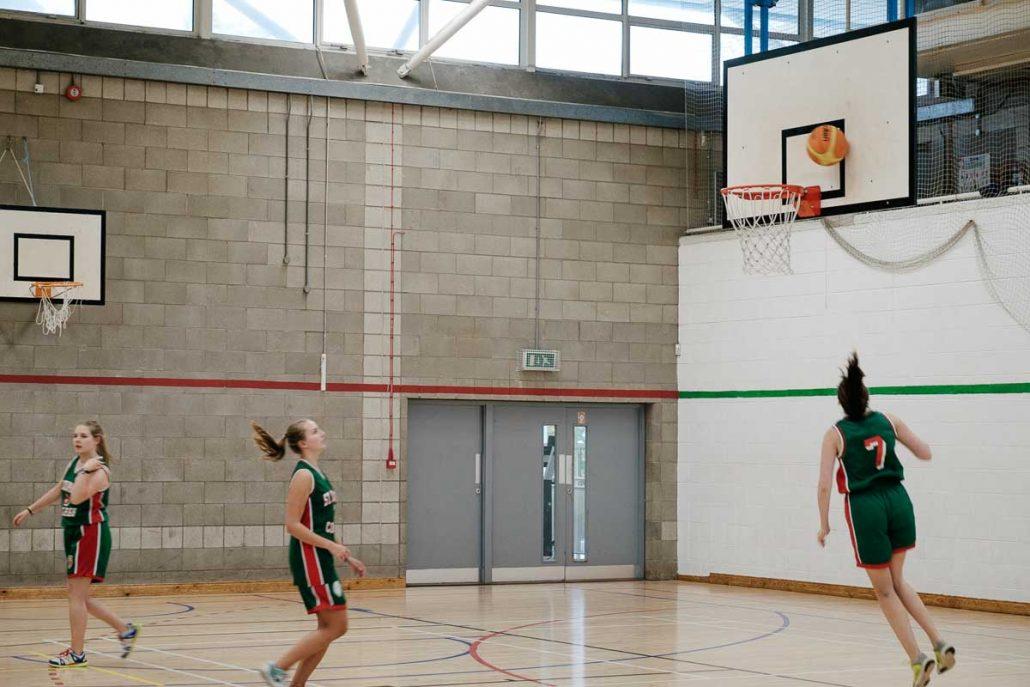 The Cadette Girls had a very competitive league campaign. The kicked off the play-off’s for the South Dublin League with a super display of basketball against Mt. Anville. This was probably one of the best games the team played as a unit. Co-Captains Lucia Masding and Elena Witte lead by example controlling the game, winning the boards and orchestrating the fastbreak. By the third quarter the game was over with a clear 20 point lead to finish the game. 36-16. Their semi-final game was indeed a different scenario. Dalkey was a much more orgainsed team whom they had narrowly beated in the league by 1 point. The January flu had decimated the team and due the the time constraints the fixture could not be changed. Half the team were ill, or just recovering, so we knew it was going to be tough. Despite this the girls put up a solid performance but unfortuantley lost 23-27. Heart breaking!! The Junior and Minor teams have been training hard since September and finally began their leagues in January. Both teams are performing very well with the Juniors 4-2 and the Minors 5-1 in their league games. 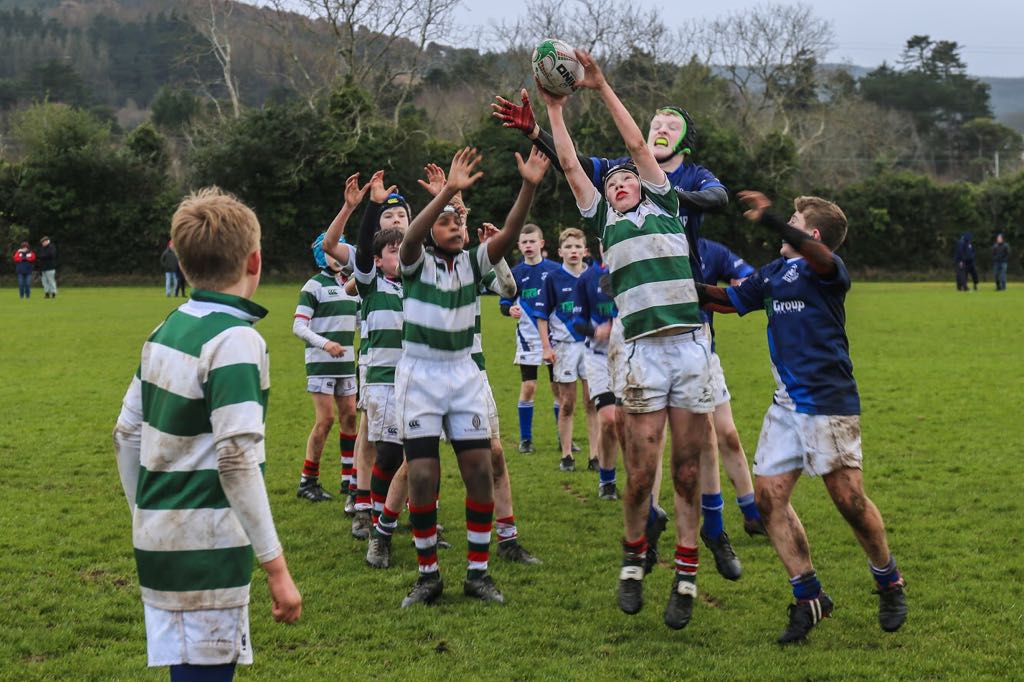 In rugby, both the Junior and Senior teams lost their cup matches last term but had plenty of fixtures, mainly in their respective leagues, over January. The Juniors also played in a Shield competition but lost out to near neighbours De la Salle Churchtown on a scoreline of 0-21. Their league campaign has been a mixed one, playing against the 2nds and 3rds of some of the bigger rugby schools. They earned a deserved draw away to Kilkenny College’s J2s but were beaten heavily by Blackrock’s slick J3 squad last Saturday. On Wednesday last they travelled to Clongowes Wood and grabbed a great 24-22 win against their J2s (with some excellent tries from Cian Mullane, Jack Hayes, Thomas Somerville and Oliver Townsend), but it wasn’t enough to progress to the next stage of the competition. The Seniors have played two League fixtures, against Gonzaga 2nds (winning 22-5) and Terenure Thirds (losing 11-22) and face Roscrea after half-term to secure a place in the next round. The Ducks have played two games and continue their winning run, defeating De la Salle and Wilson’s Hospital with some excellent performances. 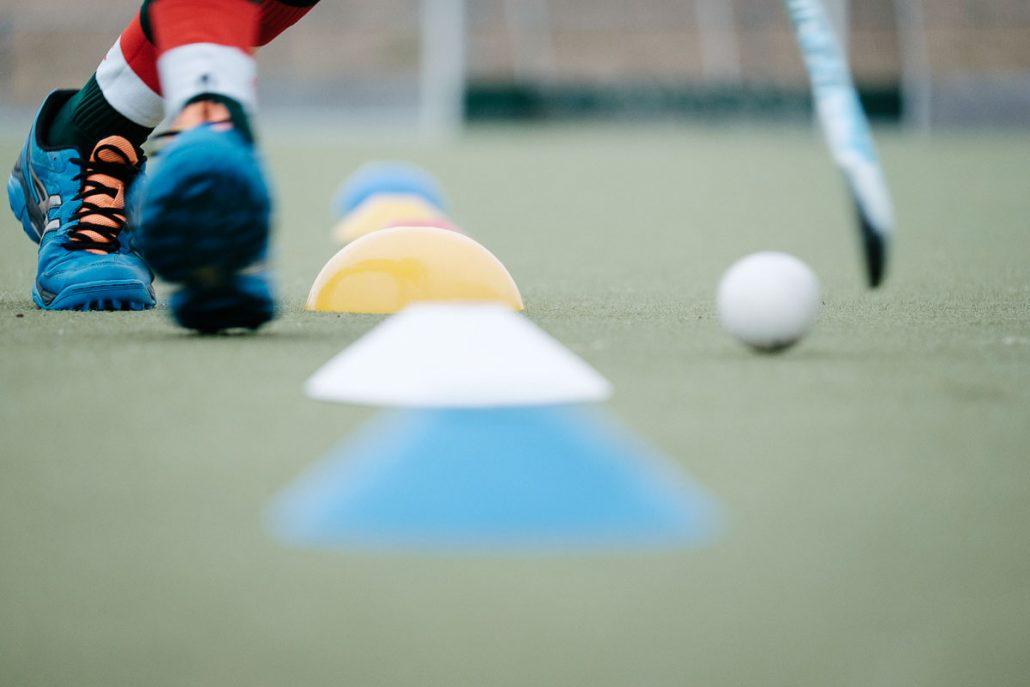 It’s been a busy period for the College’s hockey teams too. The Senior boys spent the early part of their term preparing for their Cup fixture against Kings Hospital but sadly they lost out narrowly 1-2. They have since been preoccupied with the Senior B league and had a good win (4-1) over Wesley B’s recently. This meant they finished 3rd in their group and would play St. Andrew’s B in the semi final. They won 4-0 and await either Kilkenny or Wesley B in the final on March 7th. Both the Under 13’s and Under 14’s reached the quarter finals of their respective cups – The U13’s losing out in a competitive games to St. Andrew’s A (0-2) while the U14’s take on Kilian’s after half term. The Junior XI unfortunately lost their second round cup fixture against High School (1-3). However, they have a league semi-final to look forward to after half term against Kilkenny College.

The Senior girls competed in an indoor hockey tournament earlier this term, playing three matches. They defeated St. Andrew’s 4-1 and Wesley 6-0 but lost out to the eventual winners Mount Temple (1-3). They got revenge of sorts a week later, this time outdoors, defeating Mount Temple 2-0 in the League. They also since had a good win against Loreto Bray, 3-0. Of course there is a huge number of hockey teams in the College, and many more fixtures which have taken place over the past five weeks – a huge amount of thanks and credit go to their respective coaches.