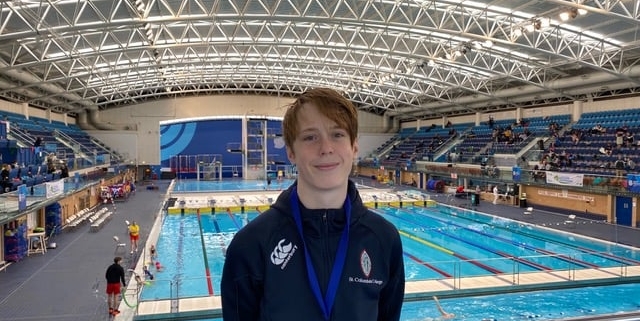 The Senior Rugby team have had a couple of very strong performances since the Christmas break, narrowly defeating a spirited St Mary’s side in a tight contest in the Forster League and beating De La Salle by 40 points in the Plate competition. It has been great to see what this group are capable of when they have their full squad available. The Juniors have continued to impress despite a string of injuries and illness, causing them to play with a much-changed side in a thrilling 26-26 draw against High School. They also ran out comfortable victors over De La Salle in their second league game which was marked by try-scoring debuts for Form I pupils David Cron and Gonzalo Gutierrez. We also had a very strong performance for a mixed Form I and II team against Templeogue, losing narrowly in a great display of running rugby. We will have a very busy few weeks after half-term with the Juniors and Seniors both well placed in their leagues and shield competitions.

In Girls’ Hockey, the 1st year league will begin after half-term; prospects of a successful campaign are high as Form I have been working hard since September. The Junior As will continue their plate campaign after half-term, playing the semi-final against Temple Carrig on Wednesday, March 2nd in Columba’s; support would be most welcome. It’s been a mixed term for boys’ hockey although there are good signs in our under-13s and Minor teams that the future is looking bright.

In Basketball, the Junior A girls are currently top of their pool while our Minor girls are very competitive with two games left before the play-offs. Our plucky, young Senior boys team are improving their skills all the time.