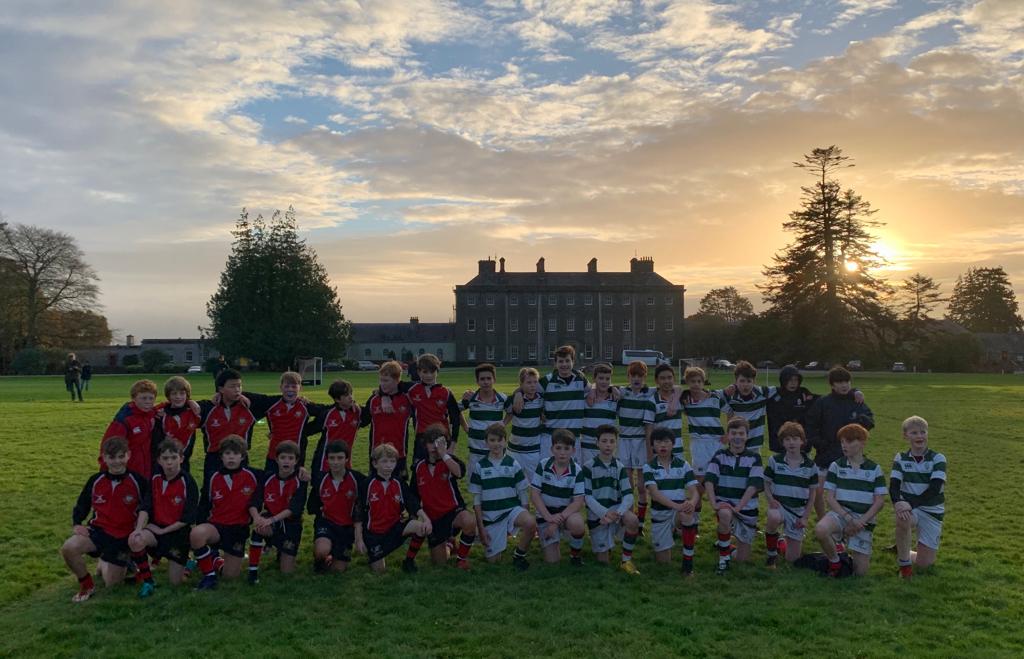 Despite the difficulties, the sports programme in the College continues at full pace, with additional coaching and measures in place to ensure safe participation. The school timetable is adjusted over the winter months to maximise the opportunity for afternoon sport. There have been plenty of rugby, hockey and basketball fixtures over the past few weeks while pupils were also able to play golf, tennis, cross-country running, archery and attend the gym in the afternoons.

Form V pupil Tom Larke returned from representing the Irish under-18 Clubs Rugby squad in an international fixture against Italy, over half-term, to help the Senior boys continue their solid season to date. While unfortunately they were eliminated from the cup by a strong Gorey side, the Seniors are now building for their league campaign in the new year. It has been great to see 35 players representing the 1st XV this term, showing the depth they are building. The Juniors were very unlucky in the quarterfinal of the Duff Cup losing a very tight game against St. Conleth’s (their first loss of the season). They will now concentrate on their league quarter-final after Christmas. The Form I boys have continued to grow in confidence and have had some great performances and results including beating De La Salle and Newpark in a blitz just before the end of term. They’re pictured above after defeating their “arch-rivals” Headfort School. Many thanks to Mr. O’Herlihy, the Head of Rugby, and all the teachers and coaches who help ensure our teams are enjoying the sport while also being competitive in their respective leagues.

The hockey seasons continues at an extraordinary pace, with weekly fixtures for both boys and girls, across the age range. The girls’ squads have had great success with notable wins for Senior XI against Kilkenny College and the Minor A’s against Mount Sackville, courtesy of a goal from Clara Seeling. The boys’ squads have also been playing well. The Minor XI had some great performances of late, including a great win against Wesley Bs. The Junior boys’ had some tight matches, unfortunately finishing on the losing side in recent matches. The Senior XI secured second place in their league after two excellent play-off wins against Mount Temple (1-0, goal by Andrew Maguire) and Wesley B (2-1, goals from Antonius Kruse, Johannes Pabsch).

In basketball, the Senior boys continued their league campaign with matches against Blackrock, Temple Carrig, Woodlands College and Avondale, with mixed fortunes. They are a young team and improving all the time. The girls’ squads have been playing well in their respective leagues. The Cadettes (under-16) had good wins over Loreto Dalkey, Coláiste Ráithín and Temple Carrig in recent weeks while the Seniors fell to the same opposition in tight matches.