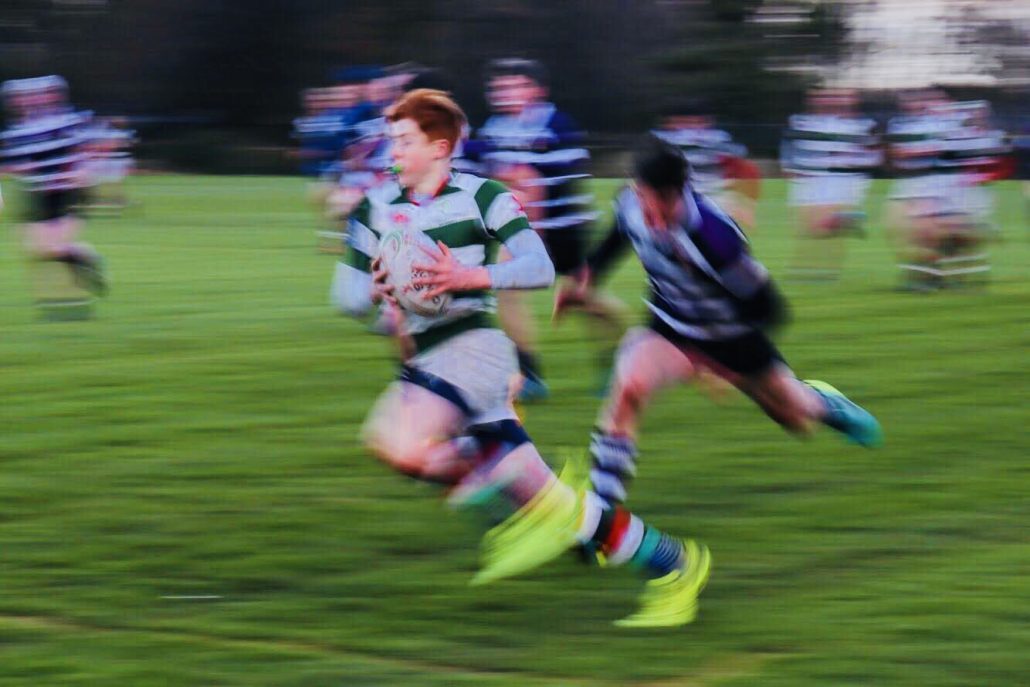 The Senior Rugby Team’s cup run ended on Tuesday last with defeat to Coláiste Bríd Carnew on a scoreline of 17-24 in the quarter final of the McMullen Cup. (The team had comfortably defeated Ardscoil na Trínóide and Coláiste Cill Mhantáin in the previous two rounds). The boys will rue their high penalty count, which gifted Carnew possession and territory for much of the second half, and a penalty try that ultimately separated the teams at the end. However, the boys finished top of their section of the league and can look forward to the quarter final of that competition next term.

The Junior Squad unfortunately lost their first round cup match, against Ardscoil na Trínóide in Athy. It was a close run affair but a late try from the visitors meant they advanced on a scoreline of 12-14. Earlier this week they lost to Kings Hospital JCT B team on a scoreline of 19-0 but it was an excellent game and the boys played very well – the scoreline perhaps flattering the home team a little.

The Leps and Ducks have been had a busy period since half term too and are really showing signs of improving. The Leps defeated St. Paul’s 38-15 with some of the boys new to the sport really excelling. The Ducks have continued their fine form too defeating arch-rivals Headfort in a typically great game and last week they comfortably defeated St. Pauls 28-7. The future looks bright! 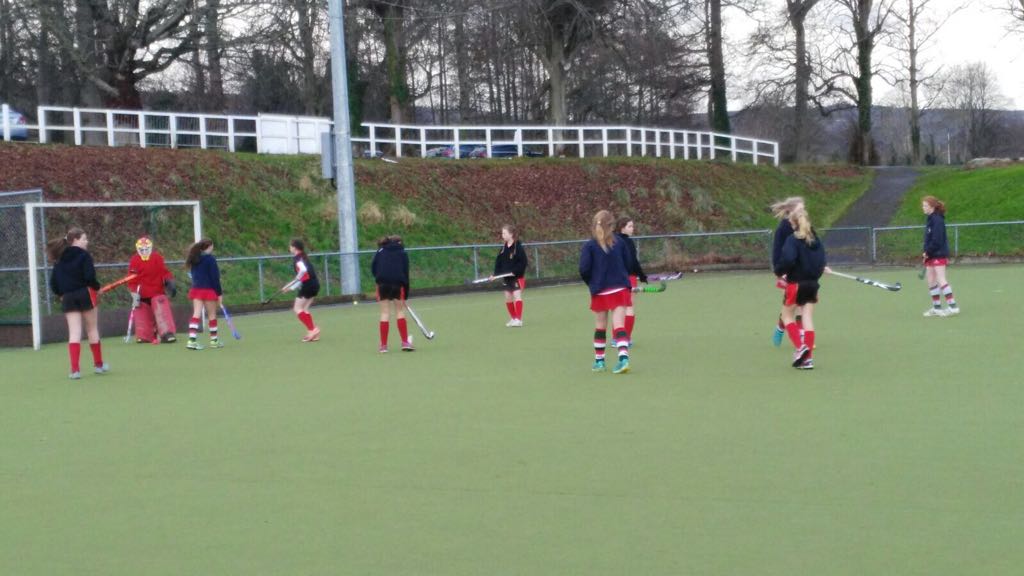 The Form I girls hockey team warm up before their tournament.

The Girls Hockey Senior 1st XI unfortunately lost their cup match (0-2) against Loreto Beaufort recently. The girls played extremely well, with some phases of really great play in the first half, when there were chances to score. They soaked up a lot of pressure defensively in that first period too, which ended 0-0. Unfortunately Beaufort took their chances when they came in the second half, scoring two good goals. They left disappointed but happy that they gave a good account of themselves too. The Junior Girls played their first round cup match on Wednesday last but were well beaten by a well drilled Wesley side, 7-0. The Form I Girls took part in a League Tournament on Wednesday against Sutton Park & Drogheda Grammar, defeating Sutton by 2-0 and drawing with Drogheda 2-2.

The boys’ hockey leagues are almost wrapped for Christmas with only a few re-fixed matches to be played.  The Seniors have got themselves back on track with a narrow 3-2 win over St Kilians and a draw against Mt Temple. They have one league match left against Wesley B’s and a win will earn them a spot in the Senior B League semi-final.
The Juniors have performed well with wins over Mt. Temple and Wesley B as well as a draw with St Kilians.  Their fixture against Newpark would determine the rest of their season, the prize of a win would be a place in the A-League Semi-Finals. Unfortunately, on the day of the match, we had a number of players unavailable and we ended up losing 1-3.  Perhaps with a full strength team things might have been different but congratulations to Marco Trolese and Bruno Marti Jimenez in first form for making their debut on the Junior team.
The U-14’s s are battling away in their league where they have a shot at making the semi finals.  They have also progressed through to the second round of the minor cup with a win over Newpark on strokes.  The U-13’s are starting to find their feet and they have put in some fantastic performances lately.  Their first win of the season came against a strong St. Kilian’s team and they also managed a draw against the more fancied Newpark team.  They have a lot of potential and are a team to watch in the future. 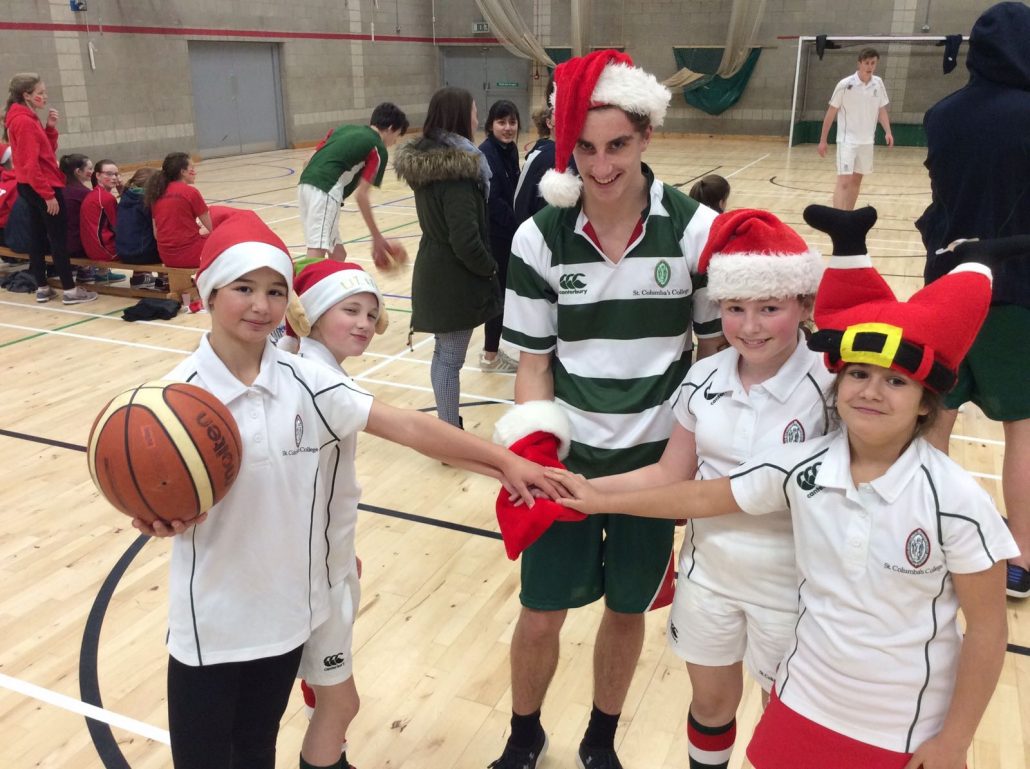 In basketball the Cadette A’s reached the East Region Semi-finals , which unfortunately needed to be played during the exams. The team traveled to Pobail Scoil Setanta in Blanchardstown and though they gave a spirited performance, the height and strength on our opponents was too much on the day with the final score at 32-24. They are still involved in the south Dublin league and will play their quarter final in the new year.

The senior boys have had a very busy and exciting few weeks. They continued to perform well in the East Region League and progressed to the playoff stages. They met Collinstown CC in the quarter final on Nov 22nd and won a closely fought match 63-54 with good performances from team captain Tiernan Mullane, Tobias Voelsgen and Jakob Habsburg. The following week, again during the exams, they played their semifinal against Old Bawn CC, who boast an Irish U17 international in Okoko Ogbe. Though the game was close Old Bawn were in control of the game and ran out easy winners in the end.

Although out of the East Region League they still had a opportunity to reach the All Ireland Play-off’s with a re-match with local rivals St. Michael’s last week – it was an exciting and riveting game. The defensive strategy really paid off and the team controlled their key scores for most of the game. The lead changed hands several time in a very tense match. With less than a minute to go Columba’s were trailing by two and a last minute well executed play saw the final basket clinch a draw and overtime. Despite all efforts, some unforced turnovers gave St. Michael’s the edge and they won by the narrowest of margins in this heart breaking loss. The following day the team received news that they still had a chance to reach the All Ireland’s  and will compete in a further playoff against a Midlands team Heywood College in the new year.

The term ended with the traditional Christmas Basketball Blitz with staff and pupils showing off their skills, getting in the festive spirit and having fun at the same time. 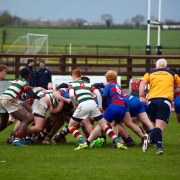 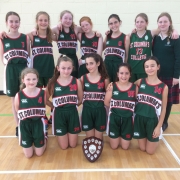 Mid – Term Sports Round Up