The College is delighted to announce details of a fantastic charitable event taking place this April – Run til the Sun! On Saturday, April 25th, Old Columban Alex Panayotou – an accomplished long-distance runner – will challenge herself to run for 24 hours around the College campus. She is looking for your support along the way – both financial and physical – to complete this mammoth challenge.

The event is being organised by a committee of pupils, who have decided that all proceeds from the event should go to Purple House Cancer Support – a fantastic charitable organisation based in Bray that provide hands-on practical support for children and teenagers with cancer. They have set up a fundraising page here where all donations, large and small, will be gratefully received. 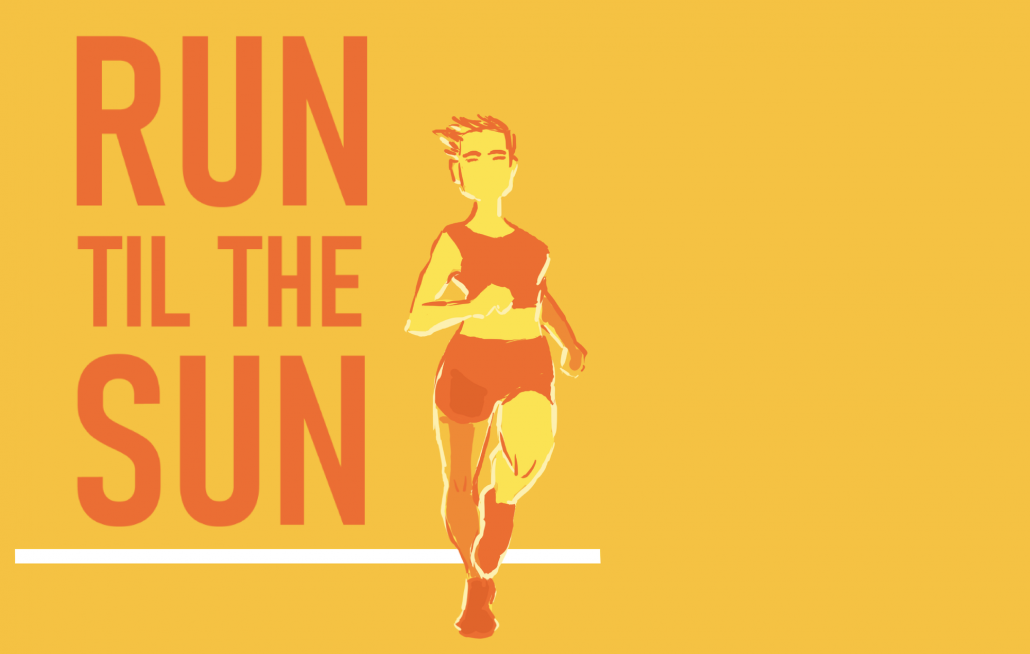 You will soon be able to sign up to join Alex on a leg of her journey; perhaps you’re willing to run for a half-hour, 10 kilometres or even something more ambitious? You can run in the morning, afternoon, evening or even at night time – with the course illuminated along the way. The event will culminate with a celebratory barbeque at the Cricket Pavillion on Sunday evening.

The pupils have created a dedicated page for the event here and a donations page here. They have a fundraising target of €8000, which would be transformational for Purple House, as the vast majority of their funding is through donations. We were delighted to welcome Purple House to the College Chapel last Monday to hear about the work they did and some of the organising committee visited their facility in Bray a few weeks ago. Alex is a cancer survivor, another reason why the charity resonated with the pupils.

So please do get involved, donate to the cause, sponsor a runner or run a leg of the journey yourself. We would love the whole community to get involved – pupils, staff, parents, Old Columbans, friends of the College and even local primary schools.

The Playboy of the Western World is an ambitious play for Juniors to put on, set as it is in what is by now an alien culture for teenagers of the early 21st century, who have to speak in a language that is even more alien to them. However, Mr Jameson (who has himself performed in the play) is properly ambitious, and his cut-down version of John Millington Synge’s masterpiece told this memorable tale effectively in the BSR.

The bleakness of the Mayo shebeen was echoed in a bare set as Pegeen Mike (Daniela Nolan) opened the play showing her disdain for weedy Shawn Keogh (his personality embodied physically by Alex Hinde). The great moment when stranger Christy Mahon enters, nervous and quiet, claiming to have killed his father, was effectively played by Naoise Murray, and then built on by the locals played by Florian Zitzmann (Jimmy), Susan (Kate Higgins), Aedlagh Bradley-Brady (Nelly), Zofia Cannon-Brookes (Philly), Elizabeth Hart (Sara), Shannon Walker Kinsella (Honor) and pot-bellied Michael, Pegeen’s father (properly cheerful and self-centred as portrayed by Hal Somerville). Gradually Christy realises he is actually being seen as a hero striking back against authority, and, even better, Pegeen has an exciting alternative to Shawn Keogh. Naoise Murray conveyed this dawning discovery very well, and Emily McCarthy as the Widow Quin conveyed her own scepticism confidently. The cast was completed by Elliot Warnock as the Bell Man announcing Christy’s sporting success.

An even better moment is when Christy’s supposedly-dead father Old Mahon comes in, and Cameron McKinley brought renewed energy to the stage. Later, after he is ‘killed’ again, he repeated that entry crawling onto the stage, blood-spattered, head first, to the delight of the audience. The rest of the story played out as it should, with the audience divided between delight in Christy’s triumph and sympathy for Pegeen’s abandonment. Congratulations to all involved.

Photographs, below, by Daniel Owen.

Thanks to Donna and Ted Sherwood.

The College’s annual Mental Health Awareness Week kicks off tomorrow (Saturday) with another rich and varied programme of events lined up to promote positive mental health and wellbeing. We have a series of visiting speakers including Jigsaw (The National Centre for Youth Mental Health), Courageous Kids, Tom Tate (on the transition from secondary school to university). We welcome back Humourfit Drama Group who will present a play on The Value of Life while there are a series of physical activities to compliment the mind through Poundfit, yoga, mindful breaking and an early morning walk. In SPHE classes, there will be a great focus on safe Internet use and the effects of social media on mental health (it’s also national Safe Internet Week in Ireland) while the Library will display a series of books related to positive mental attitude and mental health. There is also a table quiz for the whole school and a late-rising (to grab a couple of extra winks). Some activities are scheduled in the evening and Day Pupils are actively encouraged to take part. Parents can get involved too – the Parents’ Association has organised a hike up nearby Kilmashogue Mountain before the parent-teacher meeting on Friday morning.

We hope the entire school community will get behind these events; positive mental health amongst young people is such an important issue. For the full programme of events click here.

Below is a Spotify playlist for the week. 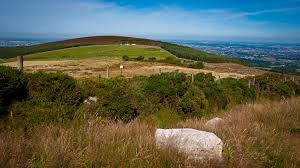 To coincide with Mental Health Awareness Week the Parents’ Association is organising a walk on Kilmashogue Mountain.

The bus will leave the school car park at 8.30am and take us up to Kilmashogue car park. The walk will commence there and end up back at the school at approx 10.15am.

Today in Assembly we heard about the Transition Year entries for the Junk Kouture competition. They now need your help to get through to the next stage by voting for them online. We would really appreciate your help.